Depression can present itself in virtually all physical or psychiatric disorders. Illness may trigger a depressive episode or there may be associations between depression and certain physical disorders. Regardless of which category your depression falls into, it is important to learn that you are not alone in your condition, and help is available if you are willing to seek it out. There are several medications on the market, including Lexapro and Prozac that can help control symptoms of depression and disorders related to it.

Depression presents itself differently in every affected person, but some common symptoms include feelings of hopelessness and a loss of interest in everyday activities or hobbies. Depression can be caused by several things, but it may stem from a physical illness that is triggering symptoms. Read on to learn more about illnesses that are often linked with the development of depression.

We all experience anxiety at one time or another. It is the body’s reaction to stress, but it can often affect the physical body and mind if it gets out of control. Anxiety can present itself with rapid heartbeats, aches and pains, and muscle tension. The National Institute of Mental Health cites that over 18 percent of adults in the United States suffer from an anxiety disorder. Anxiety disorders affect women twice as frequently as men. The most common anxiety disorders can include:

Some symptoms of substance abuse can include:

Treating symptoms of substance abuse along with depression can be difficult. Substance abuse may require detoxification in a clinic or hospital, but counseling along with antidepressants can be beneficial. That treatment regime can help with the physical withdrawal symptoms as well as improve the emotions associated with quitting your habit. [2]

Physiological changes in the brain can occur if you are severely underweight or malnourished. Those with eating disorders feel that they are not good enough, which is a symptom that depressive people often feel. According to the University of Pittsburgh Medical Center, 44 percent of bipolar patients studied have trouble controlling their eating. Other studies show that anorexics are 50 times more likely to commit suicide than someone in the general population. [3]

Some studies suggest that depression is more likely to occur after experiencing a severe stroke. A stroke occurs due to a sudden interruption of blood supply to the brain. This is caused by a blockage of arteries leading to the brain. If your stroke occurs in an area of the brain responsible for mood and personality, then depressive symptoms can occur. If a person exhibits depression after a stroke then they are at risk for increased mortality. Medications like Lexapro or Prozac can help with the symptoms of depression in these patients.

Unmanaged stress can have a large impact on a person’s heart health. If you are recovering from cardiac surgery, depression can worsen fatigue and pain, which can increase your risk of further injury or death. Studies show that patients who suffer from severe depression have an increased risk of death from cardiovascular issues. In the acute-care setting, there appears to be a link between short-term mortality after a myocardial infarction (heart attack). [5]

Chronic pain is a condition that lasts much longer than normal after sustaining an injury. You are experiencing chronic pain if you have low energy, mood disorders, muscle pain, and unusually high levels of stress hormone. Chronic pain is hard to diagnose because the cause is not always known. 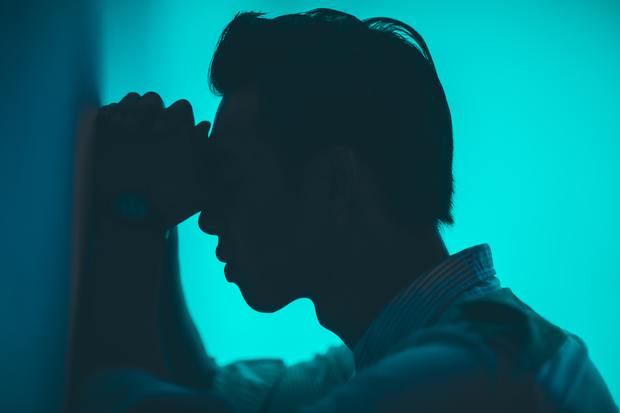 Chronic pain may also get worse as your body gets more sensitive to pain and can suddenly occur in places that were previously fine. Because chronic pain is hard to treat, it can make sufferers feel like there is no end in sight for their condition, which can spur on suicidal thoughts. [6] Chronic pain can also involve disorders like fibromyalgia and chronic fatigue.

Depression and chronic pain share similar neurotransmitters and nerve pathways in the brain. Chronic pain can lead to a lack of exercise, sleep, relationships, jobs, and income. If these important life factors are affected by chronic pain, then you are more vulnerable to clinical depression. [8]